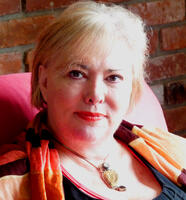 Dr. Kathryn Madden is a licensed psychoanalyst in New York State and a Diplomate in the American Association of Pastoral Counselors. She brings to her clinical work a depth psychological orientation, a supportive presence, insight, and creativity. In over 20 years of clinical work, she has helped those struggling with anxiety, depression, relationship issues, trauma and abuse, career issues, grief, and loss of meaning in their lives. Additionally, she has extensive dreamwork experience with both individuals and groups.

Kathryn received her PhD in the field of Psychology & Religion from Union Theological Seminary at Columbia University, where she studied under Prof. Ann Belford Ulanov. Her clinical training and supervision was done at the Blanton-Peale Institute, a leading graduate training center and prominent psychotherapy clinic licensed by the State of New York.

A regular member of the adjunct faculty at both Union Theological Seminary and the Pacifica Graduate Institute (Carpenteria, CA), Dr. Madden also lectures at conferences and seminars, both nationally and internationally. She is the Senior Editor of Quadrant: Journal of the C.G. Jung Foundation for Analytical Psychology and was the Executive Editor of the Journal of Religion & Health: Psychology, Spirituality & Medicine . She has served on the Board of Trustees of the C.G. Jung Foundation, New York.

Kathryn's upcoming book, The Unconscious Roots of Creativity , will be released in 2016 by Chiron Publications. She is also the author of Dark Light of the Soul (2008, Lindisfarne Press, see review by Dennis Patrick Slattery ) . Some of her published articles include: "Spirit and the Other In Clinical Practice," "Images of the Abyss," "The Colors of Grace," and "The Dark Interval." Additionally, she edited a two-volume series for the Journal of Religion & Health (2004) entitled "Metamorphosis: Conflict and Transformation" and is co-editor of The Encyclopedia of Psychology and Religion (2009, Springer Publications).

Prior to becoming a psychotherapist, Kathryn was a performing artist, appearing in experimental theatre, regional theatre and on Broadway--including a hit Broadway musical. Not surprisingly, she has counseled numerous actors, dancers, musicians and theater producers. Several years ago, she was given the opportunity to serve as a psychology and religion consultant to the 2007 blockbuster film, I Am Legend, starring Will Smith and Alice Braga. She worked with both stars on the behavioral and emotional effects of PTSD which was a critical factor in the post-apocalyptic film.

In off-hours, Kathryn is a practitioner of yoga, an avid gardener, photographer, and raiser of cats. She also loves to take part in the rich and varied cultural life in New York City.